The act is available as a self-contained show or it can be broken down down into smaller sets, perhaps more suitable for nightclubs and similar environments.

Cornelius Gold: His uncle was the legendary Skin Dude; once the world’s most tattooed man and a fearless sword swallower. Sadly he died in 1979. However his skin is now owned by a Japanese collector, so in a way, he’s still with us. Cornelius spent his formative years touring around the world with his father and Skin Dude where he was taught many circus skills and bizarre magic. Cornelius includes the amazing string from stomach and fire breathing from both ends in his repetoire. 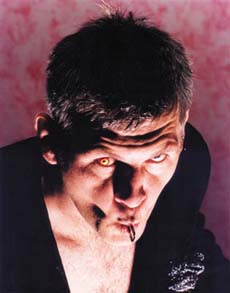 Sebastian Silver: Sebastian is an excellent magician and fire artist. He has worked around the country as a mix n mingle magician and has performed his fire routine at festivals and street theatre events. His taste in magic leans toward the dark side. He enjoys the shock factor and seeing is believing when he puts a real power drill up his nose and submits himself to the human chopping board. 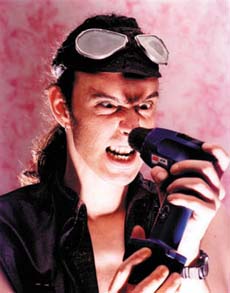 The Incredible Blood Brothers can perform anywhere. They are popular on the University circuit and are well received at corporate events, street theatre, music festivals, comedy clubs, and all other venues.